A narrow win but otherwise respectable performance in the cup game against Charlton prompts me to expect a win against relegation bound Barnsley. 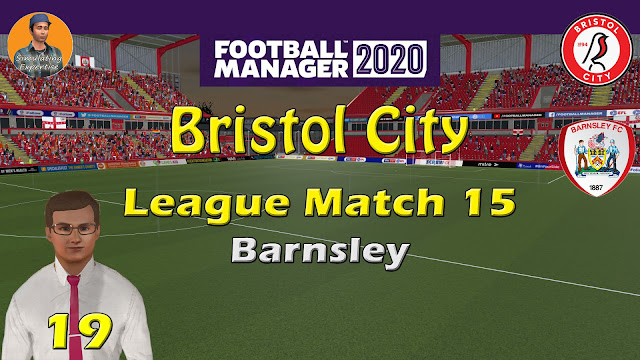 Our injury tally is still too high, for my liking, so I've been looking at our younger players to find some prospects capable of stepping into the breach when needed. One such is Vincent Harper who I've added to the senior roster and included as a sub for this upcoming match. 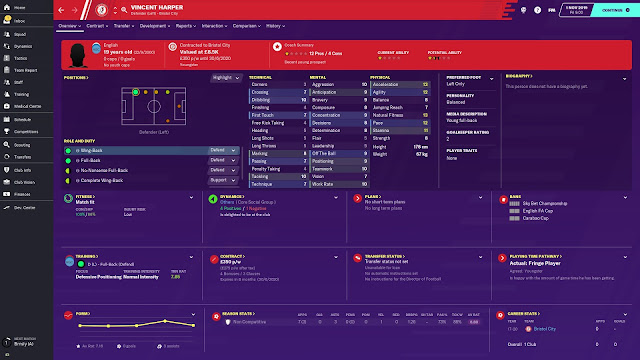 There is also very encouraging news from my Loan Managers that many of our loaned players are doing very well and even, as here, picking up awards! 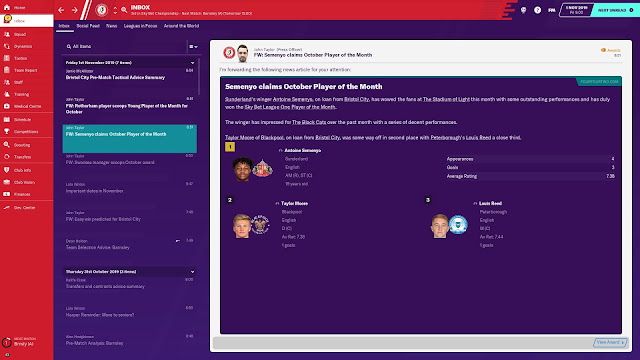 According to the 'experts' we should return from our trip to Barnsley with a solid win. 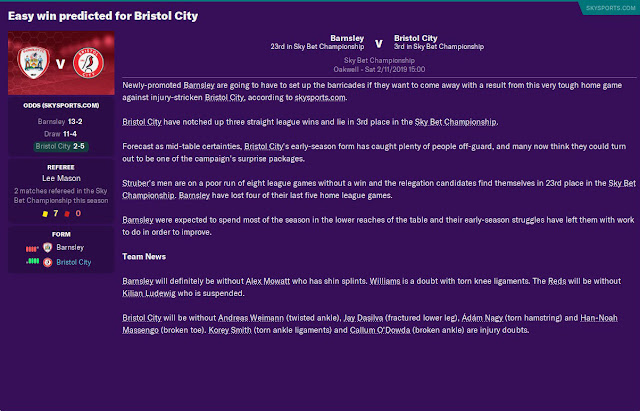 Even so, on the advice of my staff, bearing in mind the players we have available, we going in with a
positive 4-2-3-1 formations today 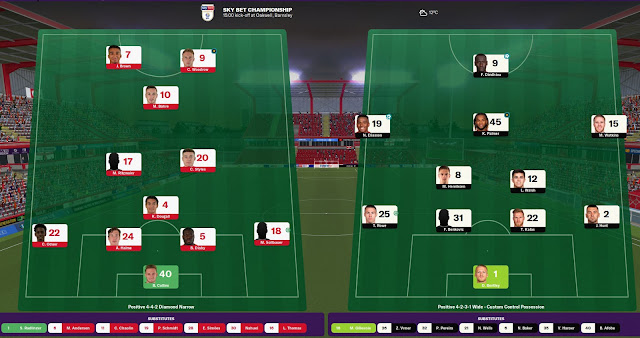 There's no doubt we had the lion's share of possession and substantially more shots on goal but we took too long to get going which made being on the sidelines far too anxious an experience in a match we should have been totally in control of. 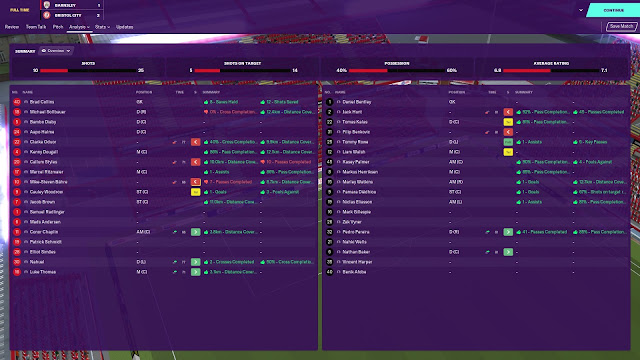 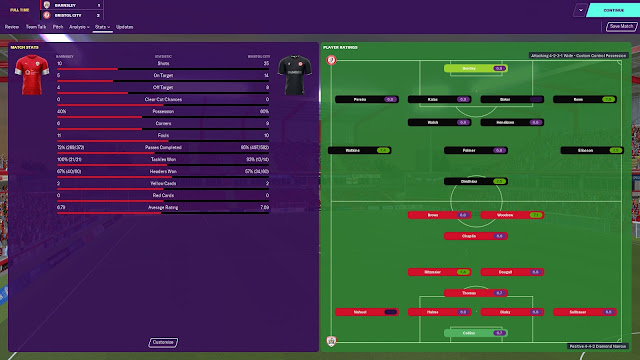 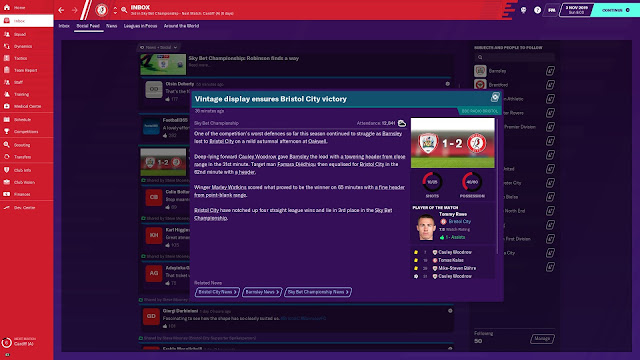 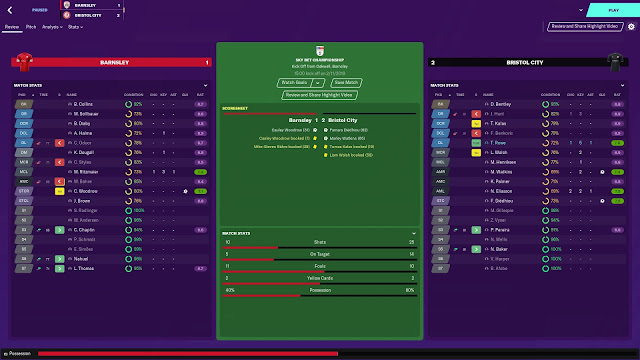 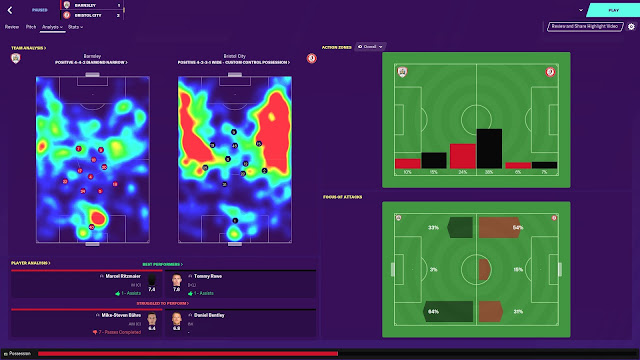 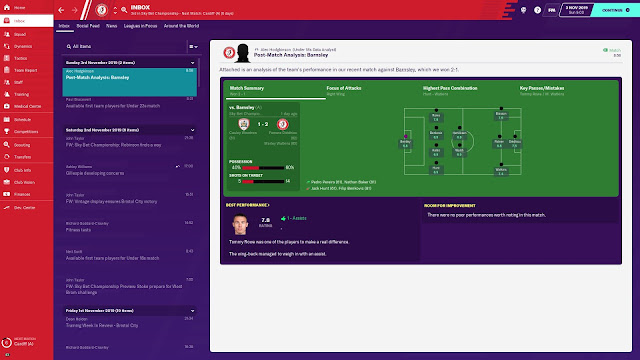 Having been in the job for four months ... things appear to be going well. 😊 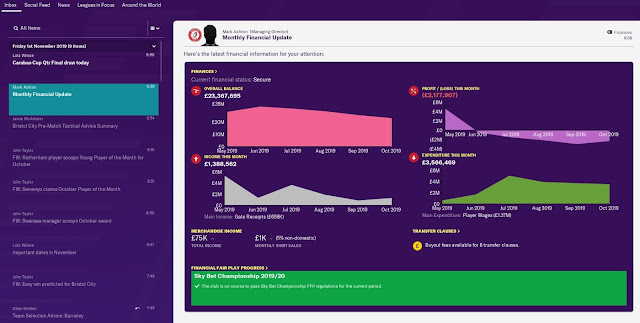 We also now know who we will be facing in the next round of the Carabao Cup... 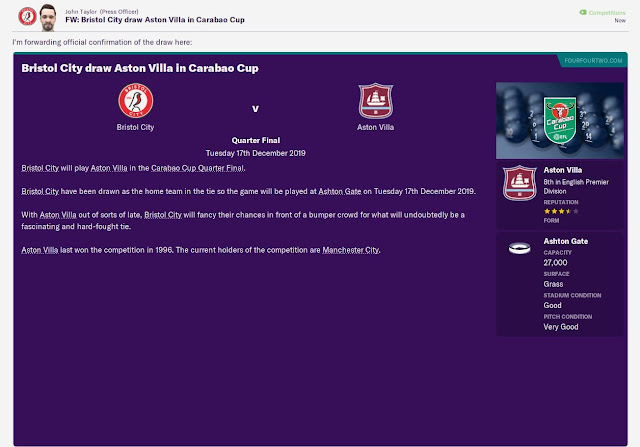 Popular posts from this blog

May 10, 2020
Suspenders at the ready on this day Before The Lockdown: in 2003 Oh dear, this is rather embarrassing! I loved the film, it's iconic and a standard reference point for all of us who do not believe in conformity. Yet. I've only seen the stage show, on which the film was based, once. What is even worse is that I remember so very little of the Rocky Horror Show when I did get to see at the Wimbledon Theatre in London! It must have been fun, how could it not be? But no, I recall nothing. 😢 For some reason, I do not have a programme for this show, and I am almost fanatical in getting programmes! so the image here is one I have found on the Internet and, as far as I can tell, is correct for this particular tour An interesting side-note to this is that when searching for that image I discovered that at the time this show was running Wimbledon Theatre was in severe financial difficulties and did, in fact close for several months until it was rescued by the Ambassador Thea
Post a comment
Read more

May 26, 2020
It's time, once again, for the amateurs on this day Before The Lockdown: in 2018 Having seen quite a few amateur productions in Bath and Bristol, by both community groups and also theatre students in training, I thought it time to check out what London might be able to offer. The community based Putney Theatre Company at the Putney Arts Theatre created an evening devoted to new writing in a showcase of seven short pieces produced and performed by the PTC. Under the umbrella title of Fate Expectations each piece offered a moment in time, either realistic or fantastical, where everything could change. in 2019 The last of this year's Bristol Old Vic Theatre School Directors' Cuts season at the Wardrobe Theatre was How My Light Is Spent . A surreal tale of how one man's life literally starts to disappear. Having lost a 'proper job' and then been replaced by a coin-bin at a zero-hours fast-food joint his disappearing prospects become a physical reality
Post a comment
Read more